The wisdom of a ten-year-old 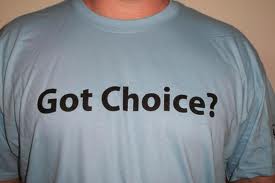 Sometime last year my son and I were having a fight. Or, because I’m the parent, I can define this as, “he was resisting me and my greater wisdom.” Not doing whatever it was that I knew he needed to do (or at least I wanted him to do). In my defense, I think it was a time when it really was in his best interest to do the thing that he was resisting, but I suppose that doesn’t even matter.

What matters is that when we disagree, when we fight, he becomes irrational. Actually, we both do. Especially when I yell. I hate to yell. I don’t see myself as a yelling parent. That’s not the mom I want to be. But when we fight, I sometimes yell. And when I yell, he gets more upset and our fight gets worse.

In my defense again (defending myself a lot, huh? Is that a natural instinct, especially when we reveal our parenting flaws? I think parenting is something we all want to do well, flawlessly in fact. Parenting is something that we’re all determined to do better – or at least as well as – was done to us. But I digress…)

In my defense, I’m pretty sure that I used reason and rationality with him before I resorted to yelling. Again, I hate yelling. I probably tried to reach out to him and help him see how irrational and inconsolable he was becoming. Which is probably the worst thing you can do when someone is irrational – point out how irrational they are. When my husband tries to rationalize away my irrationality, especially when I know I’m being irrational, I want to bite his head off. Even when I know he’s right. But I digress again.

This time I again tried all the “right” things, and then pushed to the limits, with no other choice, I was forced to yell back at him and storm out of his room. Probably to give myself a time-out – which he hates. He hates when I back away. I think he feels left alone.

This time I probably shouted, as I invariably do, “Fine, if you don’t want to listen to me than I won’t get involved because I can’t keep doing this,” or something like that. It never goes over well. But that’s what I did. I felt like I had no control over my actions and reactions, and therefore removed myself from the situation in order to not get even more irrational. But, as always, it upset him more.

When I calmed down, a few minutes later, I went back to his room, apologized for yelling, and asked him if he wanted a hug. Luckily for both of us, he said yes. As I hugged him I paused, and then asked, “Hey, should I hug you – or offer to hug you – when we fight? Would that help?”

Without a pause in return he replied, “Yes, but can you hug me before you yell at me?”

Out of the mouth of my son came such wisdom. I am the adult. I can catch my emotions rising easier than he can catch his. And I can stop and hug him (a worthwhile, calming, good-feeling hug for both of us) before I get to the point of no return – the point of yelling and storming out. I do have a choice. I do have control. I can notice my limits before I hit them and reconnect, with love, with someone I love. Tons.

And now? I’m more in line with being the parent I want to be. I stop and offer him a hug before I get to the point of yelling. At least I have so far. We haven’t had a fight like that since. Hopefully we won’t again.

Thank you to him for his words, and request, of wisdom.