That is a lie 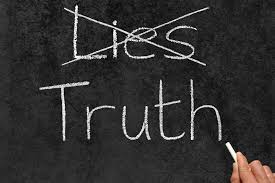 I realized something fascinating the other day. I realized that so much of what I learned when I was young, what I was actively taught, was a lie. I don’t think I’ve ever called it out like that before.

When I tell myself that there’s something wrong with me because I’m going through a difficult time and it feels like it’s getting the better of me, that is a lie. I am doing the best I can to get better. When I tell myself that it’s not okay to need help, that is a lie. It is a strength to turn to others for help and support. When I think that I’m not enough, or that the people who love me won’t love me as much if I don’t do everything right – which I can’t do right now; I suppose one can never can do everything right – those are all lies. I have learned to tell myself lies.

The other day I ran into a friend who is dealing with some tough, tough stuff. She was crying. I don’t think she wanted me to see her cry, but what really struck me is that she apologized for crying. As if there was something wrong with her expressing her sadness. That is such a lie. And yet, I can do the same thing. I ask for help and then apologize for asking. I reach out for support and think I’m being a burden. I apologize when I cry. These are all lies.

I’m calling out my lies. And trying not to tell them anymore.