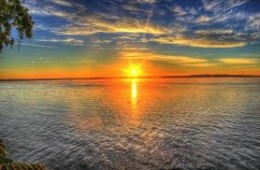 I got the call last week. The call I’d been dreading. The call from the “joint” – Danny’s assisted living facility.

“Your father has been smoking in his room again,” they said. The only possible answer was “I know.” I didn’t really know that, but it wasn’t a surprise. In many ways it was only a matter of time until he did again.

“We’re going to have to move him to the nursing home,” they said.

Again I answered, “I know.”

I knew it was coming. I knew there was no choice. Danny’s smoking was a safety hazard (he’d already started two fires) and against state regulations. The facility risked losing its license if Danny kept smoking in the room.

Even though I knew it was coming, it still hurt. I had a call the next day with the Executive Director of the facility, about timing and logistics, and as soon as we got off the call I found myself sobbing. It is so sad.

I let myself be sad. Very sad. I let myself work through logistics of moving his stuff. I called him and tried to be supportive and loving on the phone. I don’t know how much he got what was going on – he did have a stroke years ago. His brain is not what it was. Did he want to ignore what was happening, or did he not fully comprehend? I don’t know.

But the universe works in mysterious ways.

Now the Executive Director is figuring out what to do. Amazing thing is, with all the problems my dad has created there, the Executive Director is working very hard to find a solution that will cause Danny as little suffering as possible. He doesn’t want to move Danny to a place where he won’t be well cared for (and well tolerated). He’s trying to find an answer that will allow Danny some autonomy. And he’s still allowing Danny to have cigarettes at the front desk and (supposedly) take them outside to smoke. I don’t know if I’d do all that if I were him.

I don’t know what will happen. I’m riding this wave and showing up for my father (and my emotional reactions) as best I can. And I’m grateful that, at least for now, Danny is not in a nursing home. It’s still sad, but not quite as sad.