Is it bedlam or is it bliss? 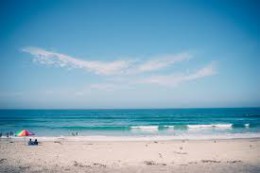 People told us we were crazy. “Good luck,” they offered, as they laughed and shook their heads. “Glad I’m not you.” One mom gave us a bottle of wine because “we’d need it.” “Better you than me,” people offered. “Have a ‘great’ time.”

We’re at the beach with six thirteen-year-old boys.

It’s my son’s bar mitzvah celebration. We don’t do big parties – not that there’s anything wrong with them. As much as I’d love to celebrate with all my friends, we’ve been steadfastly against the huge shindig. It just wasn’t us, and besides, I think in the long run, this is more fun for my son.

So, we’re at the beach with six thirteen-year-old boys. Is it bedlam or is it bliss?

And the waves and the ocean and the sand and the dunes and the beach and the breeze and the birds (although no yellow birds)…it’s bliss.

The sunburn (no matter how hard I tried) on numerous thirteen-year-old shoulders and the sand in the eye and water in the ear and splinters in the feet…bedlam. The walk on the boardwalk in the morning and the walk on the beach in the afternoon…bliss. And honestly, the squeals of laughter and the swerving surrey and the rolling in the puddles on the beach (them not me), also bliss.

It’s all a matter of perspective. Again.

So many people think we’re crazy to bring six thirteen-year-old boys to the beach. But I think we’re very, very smart. Because honestly, even the bedlam is bliss.