It breaks my heart…and yet all is okay 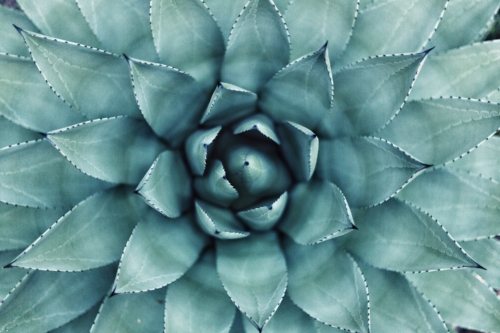 The humorous side of the whole situation would be turning to Danny (my dad) and saying, “so, don’t you miss the joint now?”

Only it’s not humorous.

He had set two fires, one in the middle of a snowy night when they had to evacuate everyone, and one that only set off the smoke detector. But he wouldn’t stop. They threatened to move him next door to the nursing home side, so they could keep a better eye on him. “Dan,” I asked, “is there anything I can to do help you not smoke in your room?”

“Dan, do you know how awful the nursing home would be? It would make this look good.”

They gave him multiple chances and ultimatums but he kept smoking in his room, so they finally moved him. And it sucks. It’s not humorous at all. It makes the joint look good.

It sucks because he’s so unhappy. Wretched in fact. And understandably so. Screaming and cursing at the aides and nurses. I’m not sure they treat him like a human being, and I’m pretty sure there’s not a lot – or anything – I can do about that. They’re supposed to help him walk every day, so he doesn’t lose the little mobility he has. He says they’re not helping him. They say they are, and that he’s refusing at times. Who knows what’s true? I only know that his walking is getting worse, much worse.

I’m sure the aides don’t touch him with care, but he curses at them and shuts down around them. I guess I understand why they treat him the way they do, even though I don’t.

His clothes have all disappeared. Just disappeared. The things that are in his drawer aren’t his. Things he would never wear – like a blue knit cable sweater vest. They never told me that I had to give them all his clothes when they moved him in so they could inventory them. I didn’t move him in. You would think the staff from the joint would have set him up right, or told me what I needed to know. And what I needed to do. I think they were just happy to get rid of him.

He doesn’t have a phone and I can get him one, but they might move him to a different room (since his roommate takes his things), so I can’t get him one yet. He has some sort of cable TV, but his remote disappeared. Did he misplace it? Did he drop it? Did someone take it? Did they hide it on him? How can I know and how can I know what to do?

His hair is long and unkempt; his beard is long and wild. They keep asking him to let them trim his hair and beard, and he curses at them. They ask me to ask him to let them trim his hair and beard. Why do they care? It only angers him. I know he looks like a homeless man living in their nursing home, but so what? Why bother? Although I did get him to agree that I could trim the part of his beard that seems to curl up to exactly where he holds a lighter when he lights his cigarette. I don’t want his beard (or face) to go up in flames.

And then we went out to lunch and actually had a nice time. When he’s not with the people who work at the nursing home, and not listening to them try to get him to conform to what they want, he’s fine. Or as fine as he can be.

And I’m left with trying to figure out what’s real and what’s perception, and what I can do to help. I can’t solve this. I certainly didn’t cause it. But it’s very, very sad. I’m looking for what’s in my control to help ease anything, and what is beyond what I can do.

It does break my heart…and I know that I can stay with that sadness, or I can at least – or maybe all the way – choose instead to focus on the nice time we had when we were at lunch. I can focus on the love I feel for him, and the love I think he feels for me, and still do what I can to make it a bit easier. If there’s anything I can do.