Better than my best 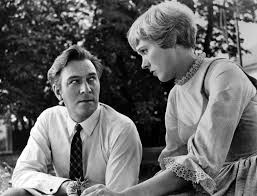 Except for one thing.

As Maria (Julie Andrews) is heading to the Captain’s home, to meet him and his children for the first time, she is nervous. Understandably. So in order to bolster her spirits and self-confidence, she sings “I Have Confidence.” Which is great, except for when she sings, “I’ll do better than my best.”

What exactly is better than our best? And how do we attain it? is it attainable?

As a recovering perfectionist who believed – even when I didn’t realize I believed – that my best wasn’t ever enough, better than my best is a tough concept. A debilitating and potentially derailing concept.

Better than my best. That’s like giving more than 100% effort or running faster than I can run. It’s not really possible. At all. And it sets me up to not only fail but to be frustrated with my effort and accomplishment. It gives me prime opportunity to beat myself up and to get stuck in the self-defeating belief that I’m not enough.

As I’ve written before, it took me a long time to unlearn my not enoughness, and I can still get blindsided by this faulty thinking. It took me many years of repeating the mantra, “I am enough. I have enough. I do enough.” Many years of catching myself in the self-lambasting thinking and actively choosing to think, see, and notice differently. Many years of being willing to try to see the enoughness in all around me and in me before I could let my best be enough. Before I could not have to try to be “better than my best.”

I still think Maria’s message of self-confidence is a powerful and necessary one. I still think many of us need more belief in ourselves and more conviction that we are okay and will be okay, and that we can handle whatever comes our way. I still think that Maria’s looking to the sunshine and rain, to the turning of the seasons and the way nature surrounds and supports us, is a way to find strength when we don’t think we have it and we know we’ll need it.

Even if Maria sang it so well, I’m just going to be my best.