I would never be with an alcoholic 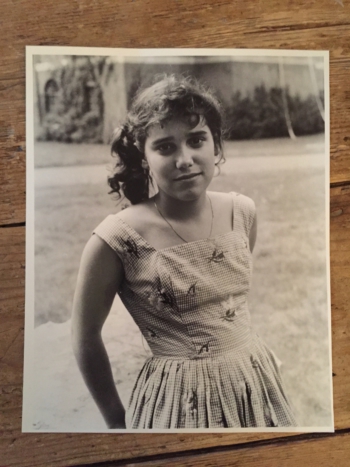 That’s what I said to myself, all those years ago when I (practically) crawled into my first Al-Anon meeting.

“I would never be with an alcoholic.”

I was engaged to a man who drank. Whose drinking bothered me. Whose personality changed (in a not nice way) when he drank.

My life was most certainly, as they say, unmanageable.

A cousin suggested I go to Al-Anon, and I went. But all that was running through my head as I entered the church and found my way upstairs to the meeting room was, “Tell me if he’s an alcoholic. There’s no way I would ever be with an alcoholic.”

My grandfather had been in AA for the last four years of his life. My father and grandmother liked to comment that he was nicer then “because he finally found friends.” My father drank and drugged nearly every day – at least as far as I was aware of – and yes, his personality changed when he did. (He often became nicer.) Oh, and did I mention I was raised in a cult and that, in many ways, I raised myself.

I remember the shock as this dawned on me, slowly over the weeks of attending meetings. I remember my first Adult Children of Alcoholics meeting – that I attended by mistake. As they read their laundry list of characteristics of Adult Children, my jaw dropped and my brain buzzed with recognition. Nearly every, if not every, characteristic they listed was something I felt. Didn’t everyone feel these things? We are frightened by anger and any personal criticism; we judge ourselves harshly and have low self-esteem; we get guilt feelings if we stand up for ourselves instead of giving in to others. Didn’t everyone feel these things? They were so true inside my mind and heart, I didn’t even know they were there. They were so true to the core of my very being, I thought they were simply a part of being human. Not a part of being human when you haven’t had the chance to grow in an atmosphere of love and nurturing – a part of being human overall.

I remember the love and acceptance I found in those rooms, and the people who understood me in ways I’d never felt understood before. I remember the countless individuals who offered me hugs and their phone number. I remember listening to people say, “getting involved with an alcoholic is the best thing that ever happened to me,” and I remember thinking how insane they must be to say that.

Getting engaged to an alcoholic and getting knocked to my knees was the best thing that ever happened to me – well one of the best, because now there’s my husband, my kids, and my book about to be published – because it was my first step to realizing I needed help and my first step to finding help and healing.

“I would never be with an alcoholic” I used to think. “Aw honey,” I think now, “you would and you did. And thank god you did.”