I spoke at a workshop on extremist groups last week 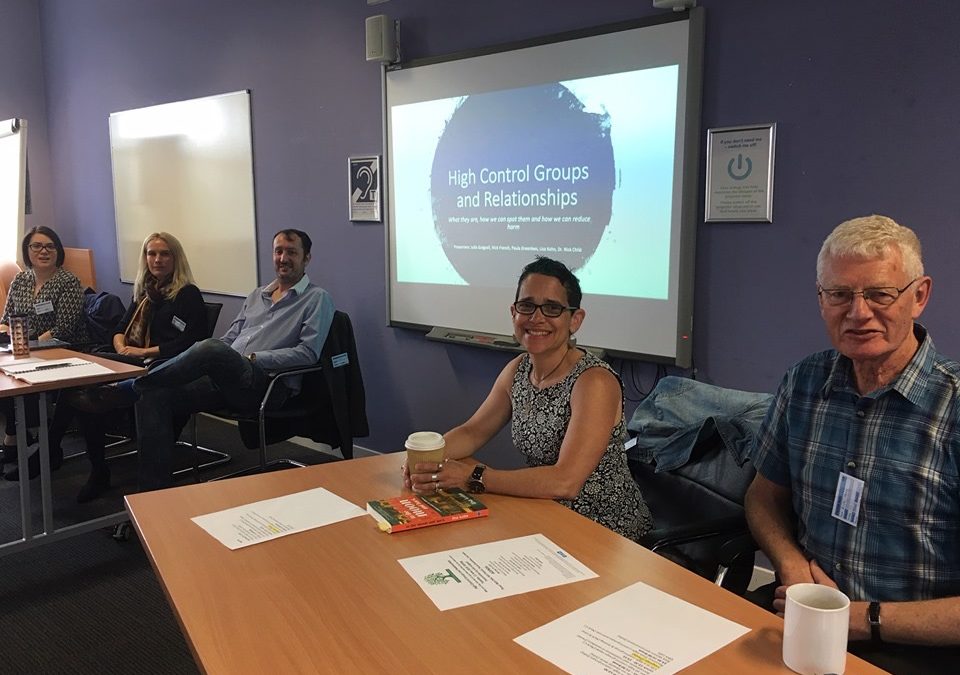 It was an amazing week. I was in Scotland, where I hadn’t been since the late 80s when I went back to visit my friends from when I spent a semester at the Uni there in the early 80s. I was in Stirling and walked the Uni. I was in Edinburgh. I saw old friends and made new friends. I stayed with someone I met on Twitter, and, contrary to many people’s beliefs and fears, it was okay. Great even.

And I spoke at a workshop on extremist groups.

It was a workshop for counselors in Scotland (therapists here in the US) to help them learn about extremist and high control groups. To let them know that these groups exist in the UK as well as in the US. And to give them a sense of why and how people join…and of how hard – and traumatic – it can be to leave.

That was my role in the workshop – to share my personal experience. To share my experience, strength, and hope as we do in the rooms.

There was a Second Gen (someone born and/or raised in an extremist situation) there who grew up in the Jehovah Witnesses. It always amazes me how much I have in common with someone who grew up so differently from (and yet so similarly to) me. When our fellow presenters shared an academic truth or theory, he and I would look at each other and I knew we both heard what they were saying (and not saying) in the same way and had nearly the same, if not exactly the same, visceral reaction and thoughts. His personal story was harrowing and painful to hear. I could barely tell my story when he finished.

I wrote to the moon and back to spread a message of hope and love. The counselors in the room last week are determined to do the same thing. “Someone may come to you, and they won’t tell you they’re in a cult, even if they’re in a cult” we told the counselors. “If you pry too intensely or question their beliefs too vehemently, you’ll lose them,” we warned. Both the other Second Gen and I told our stories of contemplated (and nearly attempted) suicide as we were leaving our respective groups, and both the other Second Gen and I explained how we didn’t tell anyone – especially a counselor or a doctor – what was going on as we contemplated suicide (and were leaving our respective groups).

I’ve said many times, and written quite a few times here, there is nothing as intoxicating as knowing you have the Truth. (Even if it isn’t really the Truth.) That is why people join extremist groups and at least one reason why they don’t leave. I’ve said many times, and will say again, it is extremely hard, difficult, and traumatic to leave extremist and high control groups.

I will speak about this anywhere and with anyone I can.